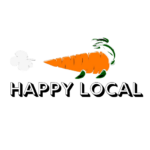 Plant-based diet on the EU menu to fight against cancer

The European Parliament has called on the EU to promote a plant-based diet and reduce meat consumption in order to fight cancer.

On December 9th, 2021, the European Parliament’s Special Committee on Beating Cancer (BECA) adopted its INI report on how to strengthen the EU’s role in fighting cancer. The report is to be voted on during the Strasbourg plenary in February.

Cancer is Europe’s second biggest killer, with 3.7 million new cases and 1.9 million deaths every year – a quarter of the world’s cancer cases, despite constituting only an eighth of the world’s population.
Véronique Trillet-Lenoir, from the Special Committee on Beating Cancer (BECA), called the strategy “historic, both in terms of its ambition and its objectives, and in terms of the resources, we will provide.

“We will finally be able to fight effectively, together, against the health inequalities that persist within the European Union and respond to the needs of millions of Europeans affected by this disease,” Trillet-Lenoir said.

A new way forward in the fight against cancer

The new strategy shifts the focus from drug testing to preventative research into carcinogenic chemicals, including promoting a balanced, plant-based diet in lieu of meat, ultra-processed foods, and foods high in sugar, salt, and fat.

It is a great achievement to see the European Parliament acknowledge the risk factors associated with animal products, as well as the protective benefits of eating a more plant-based diet. The cost of prevention is much less and plant-based diet is the preventive solution.

“There is mounting scientific evidence that the consumption of meat and dairy products can have a detrimental impact on human health. The World Health Organisation (WHO) warns that processed meats are carcinogenic, that red meat probably increases your risk of bowel cancer, and that eating the equivalent of less than two slices of bacon a day increases your chance of colorectal cancer by 18 percent,” Swabe said.

The WHO classifies processed meats (like ham, bacon, and sausages) as a Group 1 carcinogen, known to cause cancer.

Though colorectal cancer is one of Europe’s most common cancers and a leader in cancer deaths, scientists have found that a healthy diet is a preventative measure – with diets high in fiber and legumes and low in animal protein and fat protective against colorectal cancer.

Research has also found that a plant-based vegan diet reduces cancer indicative growth hormones by 13 percent in women and nine percent in men.

Technology instead of animals

To wrap the outcome, among the several proposals made by the Committee, we appreciate the decision to emphasize the role that a healthy diet can play in limiting cancer occurrence by: